Last year, thousands of women told the Healthwatch Network about their experiences of mental health problems during and after pregnancy – including those who lost their babies. As part of Baby Loss Awareness Week, we're sharing stories people have shared. 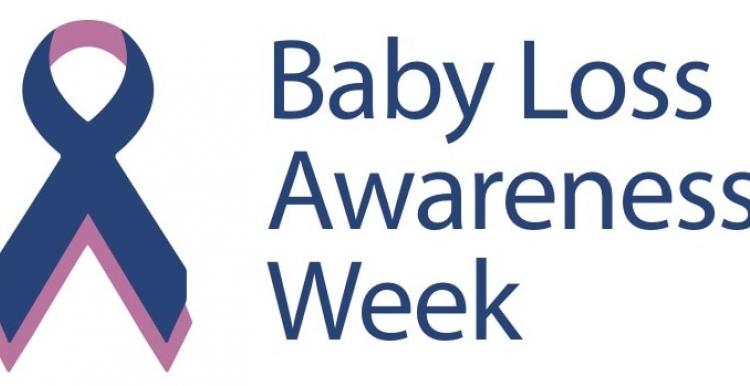 ​​​​​​Last year, thousands of women told us about their experiences of mental health problems during and after pregnancy – including those who lost their babies.

Every year, thousands of people in the UK are affected by the death of a baby or experience pregnancy loss. Baby Loss Awareness Week, which takes place between 9-15 October, aims to raise awareness of pregnancy and baby death in the UK and gives bereaved parents, their families and friends the opportunity to come together to commemorate babies’ lives.

This year, the campaign is focusing on the lack of timely access to psychological therapies for people who need extra mental health support following pregnancy or baby loss and calling for quicker access to support for bereaved parents.

If you've had an experience that you think services could learn from, click here share your story with us.

Beth lost her son Ed* at 17 weeks. She then had a miscarriage less than a year later. She and her husband have two daughters Laura* and Emma*. She told us about the impact her experience had on her mental health and how she’d like care to improve for mums like her.

“It was two months after losing Ed that I realised I needed some help. I was having horrendous flashbacks, reliving the worst experience of my life, from the moment the midwife couldn’t find a heartbeat to the birth, and the emergency surgery that followed.

"An online survey at an NHS counselling service revealed I was suffering from PTSD but there was nobody to help me."

I was told that group bereavement wasn’t appropriate as I’d not lost a ‘loved one’. I was devastated - Ed was a person, he was our son and he was very loved and wanted.

"Afterwards, I went for one counselling session with the Miscarriage Association but didn’t feel it benefited me, I wasn’t ready at the time. My way of coping was to get a full-time job, stay busy and try not to think.

"In September I fell pregnant after a family trip to Yorkshire and I was a wreck throughout. Emma arrived on June 1 2017 and it was the most amazing sense of relief knowing that she was alive and well. My mental health continued to suffer after she arrived. I’d sit up and watch my baby every night, convinced that, if I went to sleep, something would happen to her. I’d stand at Laura’s bedroom door too, just watching her breathe.

"I also managed every aspect of Laura’s life, I was terrified of losing her. I wouldn’t let her paddle in the sea for fear she’d slip on the rocks and die, or that there would be a freak tsunami. I’d worry so much that I’d bring on panic attacks, hyperventilating and making myself sick.

"I was in a really bad place and eventually saw my GP who prescribed anti-depressants. I had private counselling for three months and it turned everything around. After three years struggling on my own, I now feel so much better. I’m enjoying my children, rather than just focusing on keeping them alive, which was such a huge amount of pressure to put on myself.

"I understand the NHS is under enormous pressure but when you consider one in four pregnancies ends in miscarriage, it’s disgusting there’s no support for women like me. I’m so lucky, my parents and husband have been fantastic, but I can’t help thinking about women who don’t have that support.”

After her son Jason* was born, Fatima* and her husband had three miscarriages before daughter, Delilah*, arrived. Fatima’s losses left her with extreme anxiety.

“My husband and I started trying for a baby soon after we married and we were over the moon when I fell pregnant in February 2012. I was aware of the miscarriage risk but never really considered we wouldn’t be OK. Our son Jason was born in November.

"It was 18 months later when we started trying again and by July 2014 I was pregnant, but a week later I started bleeding. I went to my GP expecting them to do something. They just said we’d need to wait and see, but it was likely to be a miscarriage. I went back to work but halfway through the day, the bleeding got worse. Physically, it was OK, but emotionally I struggled."

You feel silly for being that upset, like you’ve no right because you haven’t been pregnant for that long, but it’s the loss of a dream, all those thoughts of what your child will be like.

"I found out I was pregnant again in November 2014 and I was pleased but on edge as I automatically thought the same thing would happen again. It did. I chose a manual vacuum aspiration and went home to wait for the inevitable.

"This all happened just before Christmas and we still made it a happy one for Jason. A couple of days after Christmas I began bleeding very heavily again. I spent December 30th in hospital overnight and ended up having a manual evacuation because they were concerned about the blood loss. It was really scary and traumatic. It hit me very hard, I think because it had gone on for so long. I began wondering what was wrong with me and started feeling guilty. Had I caused the miscarriages?

"In May 2015 I fell pregnant again, but I was more scared than excited. At around six-weeks I started bleeding and I knew it was happening again. It was upsetting but at least after three miscarriages, I felt I might get some answers. I went to my GP who referred us to the recurrent miscarriage clinic at Heartlands Hospital. The staff there were amazing, and I had various tests to check for abnormalities. When the results came back clear I was conflicted - you half want everything to be fine, but the other half is looking for an explanation.

"I got pregnant again in the August. Somehow this pregnancy just felt different, but I pushed that feeling to the back of my mind to protect myself from any more heartbreak. I was put on a trial to test whether progesterone can prevent miscarriage in women who experience bleeding in early pregnancy. I had to insert two pessaries a day up to 16 weeks. I had lots of scans which was reassuring but didn’t stop the worry.  I was so anxious, every time I went to the toilet I expected to find blood, but on 4 May 2016 Delilah arrived and our family was complete. I was delighted, relieved and mentally exhausted.

She was a few weeks old when I first noticed the anxiety. I’d suffered while I was carrying her but put it down to pregnancy. I now realise that my anxiety all stemmed from the miscarriages, I never really processed those losses, I just carried on.

"I realised that I needed to do something about my anxiety in September 2017. My husband and I were doing a marathon walk to raise money for Tommy’s. The walk itself was amazing, but the next morning I had chest pains and it felt like I was dying. I ended up in hospital where they confirmed it was a panic attack.

"I spoke to my GP and self-referred for CBT, which really helped me recognise the physical symptoms of anxiety and gave me strategies for coping. If either of my children got a cold, I’d assume it was something serious, I was always waiting for something to go wrong again, I was on high alert and it was exhausting.

"I would have benefited from processing all these feelings but, when you miscarry, it feels like you’re just packed off with a leaflet, sent home to deal with it on your own which almost reinforces the idea that it’s just one of those things, you shouldn’t be that upset. I know I put pressure on myself to just get over it.

"There definitely should be more support, even just a follow-up call to see how you are doing. When you have a baby, you get a six week check to see how you’re coping, something like that would be incredibly helpful but, after miscarriage, there’s nothing.”

What did people say about their experiences?

Although only a small proportion of the women we heard from had suffered baby loss, there are some common themes to the experiences they shared.

Thanks to Tommy's for sharing these women's experiences with us. Take a look at their campaign for Baby Loss Awareness Weeks - Tell Me Why and help raise awareness today.

*Please note that the names in these stories are not their real names and have been anonymised.

You can help make health and care services better by sharing your experiences and ideas. 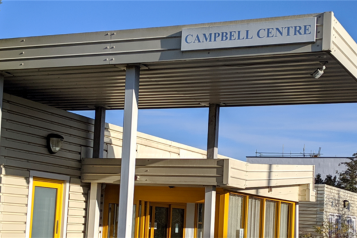 Campbell Centre: Patient Experience Review
The purpose of this Enter and View visit was to engage with inpatients at the Campbell Centre to hear about their experience whilst under the care of the acute mental health inpatient service.
2 June 2020
Report 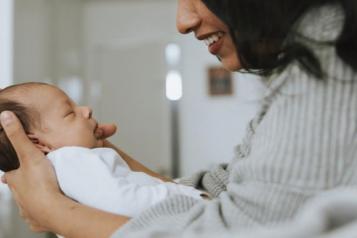 Maternity support during COVID-19
Read about how coronavirus could affect you, your baby and your pregnancy care.
1 June 2020
Advice and Information 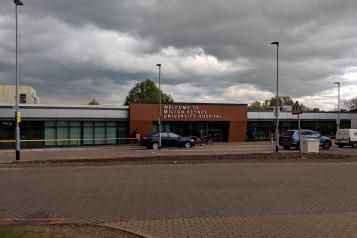 Maternity Wards 9 and 10 Enter and View
The purpose of this Enter and View visit was to engage with women and families to explore their overall experience of care received when delivering their baby under the care of MKUH.
28 February 2020
Report